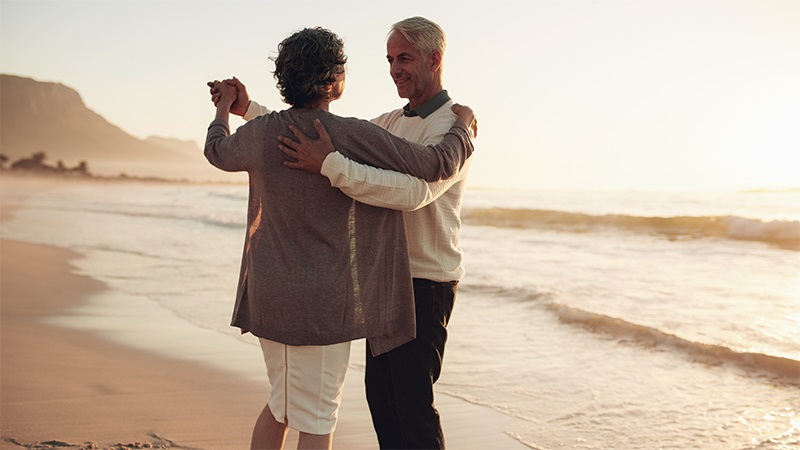 Research over the past two decades has repeatedly shown that resistance training and fall prevention programs promoting balance through building core strength and muscle memory decrease the rate of falls in senior populations. But, there is a third contributor to fall risk that is sometimes ignored: A breakdown in executive functioning.

Just as the process of aging includes a natural loss of muscle mass and strength, research shows a gradual decline in the processes of the brain and central nervous system. As we age, the brain and spinal cord lose nerve cells and begin to atrophy. Nerve cells begin to pass messages throughout the body more slowly and waste products can collect in the brain tissue as nerve cells break down.

The good news is that “Think and Move” exercises that improve the mind-body connection can slow down, or even stop, this cognitive decline. But, to understand  let’s first look at what the research tells us about why there is a breakdown in executive functioning in the first place.

One of the most common and reliable signs of physical and cognitive decline is changes in gait speed - a measure of how quickly one can walk within a quantified distance. Gait speed is so indicative of overall health that it’s led to the designation as the “6th vital sign”. When gait is unimpaired, we tend to walk with a steady stride length at a consistent speed. Disturbances in these consistencies can indicate a higher risk of falling. In fact, people who have had a fall in the past tend to walk with a demonstrative variability in stride length, and individuals with slow gait speeds tend to be at a higher risk for injury, cognitive impairment, and falls.

But, why do gait disturbances happen in the first place? And, what can we do to address this problem at the source?

Neurological studies indicate that by late middle age, most people have begun to develop age-related holes or lesions in brain white matter, the material responsible for connecting and delivering messages between different regions of the brain. These lesions cause disruptions in the brain’s ability to transmit signals to the rest of the body, which has been shown to be a direct cause of gait disturbances. One likely cause of these abnormalities in white matter is small vessel disease, a condition in which the walls of the small arteries in the heart are damaged, further contributing to the body’s ability to walk efficiently and with ease.

Compounding the problem, brain metabolism also slows down with age. The brain is metabolically one of the most active of all organs in the body, consuming about one-fifth of total body oxygen utilization. However, as we age, our brains can become less efficient at metabolizing glucose, a condition associated with white matter atrophy – especially in areas of the brain that are involved in motor control. Understanding cerebral glucose metabolism in these brain regions is useful when designing interventional strategies to prevent gait speed declines.

The Bottom Line: As we age, our brains change metabolically and structurally in ways that affect mobility.

A long-term care facility in Canada installed digital cameras in common areas such as dining rooms, lounges, and hallways, with the intention of  falls on tape and, through observation, better assess their cause. For two years, they analyzed every fall the cameras captured.

24% of the recorded falls happened when individuals were simply walking. 13% happened when individuals were simply standing quietly, and 12% happened while people moved from a standing to a sitting position. Compared with past research, this study highlighted the large proportion of falls that are due to center-of-mass perturbations (neurological) rather than base-of-support perturbations (strength in the legs and core).

When executive functioning declines, communication from the brain to the body is slow and limited. Muscle strength is an important aspect  fall prevention. But if the central nervous system is impaired in its ability to get signals to the muscles that allow us to respond quickly to our environment, muscle strength won’t save us from a fall.

In other words, when someone is suffering from poor executive functioning, they are at  high risk of falling.

Research over the past two decades has deepened our knowledge about the factors that lead to a cycle of frailty responsible for illness, injury, and an overall loss of independence for many older adults. In particular, a growing body of research shows resistance training as an effective solution to the loss of muscle mass and strength that is a natural process of the aging process.

Research also tells us that neurological health depends as much on signals sent by the large muscle groups of the legs to the brain as it does on directives from the brain to the muscles. If the leg muscles are activated through movement in a standing position, directives from the body to the brain increase in intensity and speed, offering enhanced neuroplasticity.
In contrast, a sedentary lifestyle with little physical activity has been shown to lower the number of neural stem cells by 70%. The body is simply not efficient at producing new cells without exercise. Even in sedentary individuals with evidence of cognitive decline, training in a vertical position, particularly with weight-bearing exercise, sends signals to the brain that produce healthy neural cells, essential for the brain and nervous system.

Exergames are technology driven physical activities, such as video games that require participants to be physically active to play the game. Rather than the use of a hand-held console, exergames require full body movement to control the game.

Studies from sports science and music research have shown us that using virtual reality to learn to use new skills creates structural changes in the brain – just as actual practice does. The brain has evolved to learn best from real life experiences, and our brains treat Virtual Reality like a real-life experience.

One of the best things about virtual reality games is the ability to simulate a wide variety of circumstances while controlling for safety. Hiking through the Swiss  might do the brain and body good – IF you are a trained mountaineer in great physical shape. For the rest of us, a Virtual Reality simulated hike is the next best thing because the brain treats it as if it is the real environment.

Spatial perception is the ability to be aware of the relationships between you and your environment. Space is what surrounds us: objects, elements, people, etc. Space also influences our thinking: our brain joins our experiences together and  their meaning. Good spatial awareness allows us to understand where we are in space in relation to everything else. Spatial perception allows us to accurately perceive  between moving objects. Good spatial orientation allows us to visualize objects from different angles and recognize them no matter the perspective that we see them from.

The HUR Senso is a dual-tasking fall reduction and cognitive training platform designed to support independence. Think and move exergames are a fun and easy way to improve physical and cognitive function through interactive motor training activities and gaming.