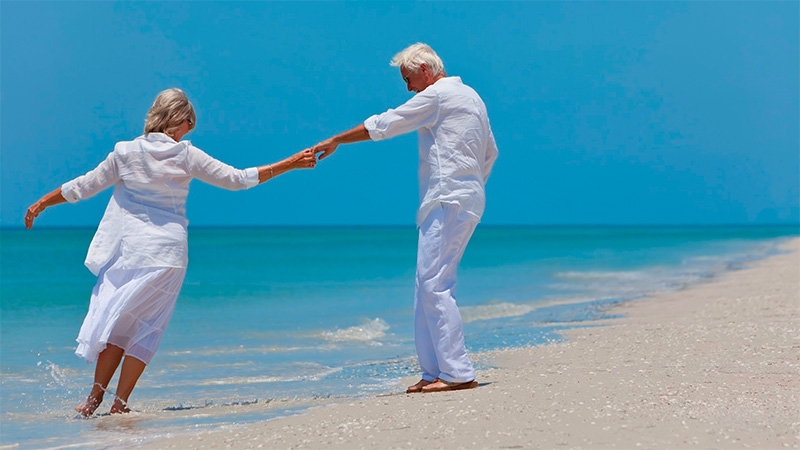 Decreasing The Risk of Dementia

It’s important to understand that a person who has some of the risk factors, genetic or otherwise, will not necessarily go on to develop dementia. Likewise, a person who avoids risk factors, or doesn’t present with genetic markers that raise their risk, is not guaranteed to never develop the condition, although the likelihood decreases significantly.

Since we cannot control our genetic predisposition, let’s focus on what we can do to lower our chances of developing dementia and examine what we know about the factors that impact our risk.

Important Risk Factors for Developing Dementia and How To Avoid Them

Consistent aerobic exercise and resistance training is the best thing you can do to reduce your chance of developing dementia. Exercise causes us to breath faster and more deeply, maximizing the amount of oxygen in our blood stream. Exercise also increases our heart rate and the amount of blood flow throughout the body. As this happens, small blood vessels (capillaries) widen so that they can deliver more oxygen to your muscles and brain, stimulating brain cell growth and survival in the brain, and removing waste products, such as carbon dioxide and lactic acid.

Regular physical exercise has been shown to have a significantly positive impact on memory, reasoning, judgment and cognitive functioning in older adults.  Several studies have found that higher levels of physical exercise are associated with less cognitive decline in older people, and may even help prevent the onset of dementia. Other studies have found that people who exercise experience a slower loss of brain tissue as they age.

In addition, people who exercise regularly are less likely to experience heart disease, stroke, high blood pressure, type 2 diabetes, and obesity - all of which are associated with an increased risk of developing dementia.

One of the best things about exercise is that it will benefit your health regardless of age, weight, or ability.

Some brain exercises that have been associated with reduced risk of dementia developing are:

Neuroticism is the tendency to be prone to psychological stress and is the best predictor of people who develop dementia. Until recently, neurosis was a diagnosable psychological disorder. Today, neuroticism is understood to be one of the Big Five personality traits and not considered a treatable disorder. Rather, specific neuroses, such as depression or anxiety are now diagnosed and treated individually.

People with a tendency towards neuroticism experience difficult emotions such as anxiety, depression, and anger quite easily and are prone to excessive stress and worry. Stress and worry causes the body to release cortisone which damages our cells.

How can people with a high level of neuroticism manage the more damaging aspect of this personality trait? One intervention that’s been shown to have a significant effect in helping individuals cope with the challenges of neuroticism is mindfulness. We’ll talk more about the cognitive benefits of mindfulness mediation in a bit, but one reason this training can counteract neurosis is because it teaches the brain to view experiences with acceptance and curiosity rather than with stress and anxiety.

Those who suffer from loneliness have a 64% greater risk of dementia, according to a Dutch study published in the Journal of Neurology, Neurosurgery and Psychiatry. To understand the research, it’s important to note that “feeing alone” rather than “being alone” are two different things. Living alone does not equal loneliness. Likewise, one can be surrounded by people on a regular basis and consumed with feelings of loneliness. Loneliness is a subjective experience brought on by a perceived absence of social attachments and it can have a profound impact on our risk of cognitive decline.

Dealing with this risk factor can be challenging because controlling whether you feel lonely can be difficult. What research does tell us is that if you feel socially isolated, working to improve your social network may be an important step in protecting yourself from cognitive declines.

Several recent studies have indicated an association between dementia and prolonged periods of impaired sleep. Beta-amyloid is a metabolic waste product that’s found in the fluid between neurons. When beta amyloid builds up, it can clump together to form amyloid plaques, which hinder communication between neurons.

Studies suggest that sleep plays a role in clearing beta-amyloid out of the brain. Moreover, lack of sleep has been shown to elevate brain beta-amyloid levels. Even one night of poor sleep reduces memory by about 12%, and the detrimental effect continues to build over days of lost sleep.

The Center for Disease Control and Prevention recommends that adults get an average of at least seven hours of sleep a night. If you struggle on a regular basis to get enough sleep, talk to your doctor. Not only could long-term sleep deprivation raise your risk for dementia, research has shown that, over time, people who don’t sleep enough also may be at an increased risk for other health problems, including high blood pressure, heart disease and diabetes.

Diabetes, which occurs when the body is unable to make enough insulin, wreaks havoc on executive functioning. This may be caused by nerve cell death, which reduces the brain’s ability to interpret messages. In the case of vascular dementia, brain cells die due to lack of oxygen, breaking down pathways of communication in the brain.

Beta amyloid plaques have also been shown to prevent insulin receptors in the brain from doing their job. This can impact insulin production and cause brain cells to become insensitive to insulin.

The good news is that lifestyle choices can go a long way towards preventing diabetes and insulin resistance. Getting regular exercise – aerobic and resistance training – and eating a healthy, fiber rich, plant-based diet are particularly important steps to take at any age. You can also prevent insulin resistance through maintaining a healthy weight, stress prevention strategies, quality sleep, and being sure to drink plenty of water.

Research shows that both yoga and tai chi can significantly improve cognitive ability, attention, learning, memory, language, and emotional stability. One study from the University of South Florida and Fudan University in Shanghai recently found that healthy adults in their 60s and 70s who practiced tai chi for 30 minutes three times a week experienced significant increases in brain volume as well as improved memory and cognitive function, compared to a similar group whose subjects did not practice tai chi.

One of the key markers for cognitive decline and dementia is a decrease in brain volume, caused by dying nerve cells and lost neural connections. This study bolsters other research showing that people who live an active lifestyle are less likely to get dementia, and those with dementia who adopt an active lifestyle can slow its progression.

Studies show that mindfulness mediation can create a significant improvement in executive functioning. One of the main reasons for this effect goes back to the effect that stress and anxiety has on cognitive declines.

One analysis found that those who suffered moderate to severe anxiety in mid-life were more likely to develop dementia years later. Researchers found that responses to stress may speed up brain cell aging and degenerative changes in the central nervous system, conditions that increase vulnerability to conditions such as Alzheimer’s disease.

The good news is that  mindfulness meditation has been found to reduce anxiety, cognitive decline, and stress, and thereby reduce the risk of developing dementia. In addition, mindfulness practices have been shown to increases neural connectivity and healthy brain cells.

In Summary, Here’s How to Reduce Your Risk of Dementia:

Most importantly, know the signs. If you are experiencing memory loss or other worrying symptoms, don’t delay in making a visit to your doctor. Many forms of dementia respond well to early treatment.